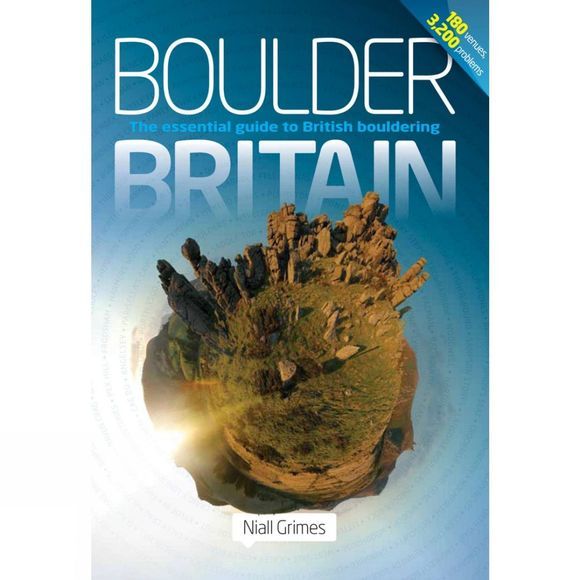 Boulder Britain is a highly ambitious guidebook that sets out to cover all the best bouldering in England, Scotland and Wales. It is beautifully illustrated, clearly laid out and deeply researched and will become an essential reference for anyone who loves to climb in the UK. It details over 3,000 of the best problems at 180 venues. There has never been a guidebook like this before.

While the UK now has a good selection of guides to many local areas, both in print and online, there is nothing that covers the entire country. Boulder Britain changes that. The book gives selective coverage of the top problems at the best venues in the most popular areas. However it also goes far off the known map to seek out the obscure and the unknown, finding bouldering in unlikely locations.

Boulder Britain is relevant to anyone who climbs or boulders in the UK. For those new to the sport it will show where the best places to visit are. With these people in mind the problem coverage is perhaps the most beginner-friendly of any bouldering guide yet produced. For climbers looking for a quick hit at the end of a day on the crags it shows where the nearest bouldering is. For advanced climbers looking for the country's best problems to test themselves on it will lead straight to them. For people who travel the country it will show where to find some sport close to major cities. For families on holidays it will point out relaxing venues nearby.

The book is laid out with clarity and inspiration in mind. Hundreds of maps will take the strain out of finding a venue for the first time. Clear photo-topos show every problem making location a breeze. Notes on the general character, conditions, approach and climbing style let the reader know what to expect. Stunning action photos reveal areas in their true glory.

Niall Grimes has many years of climbing, writing and guidebook experience under his belt. He began climbing in 1986 and h