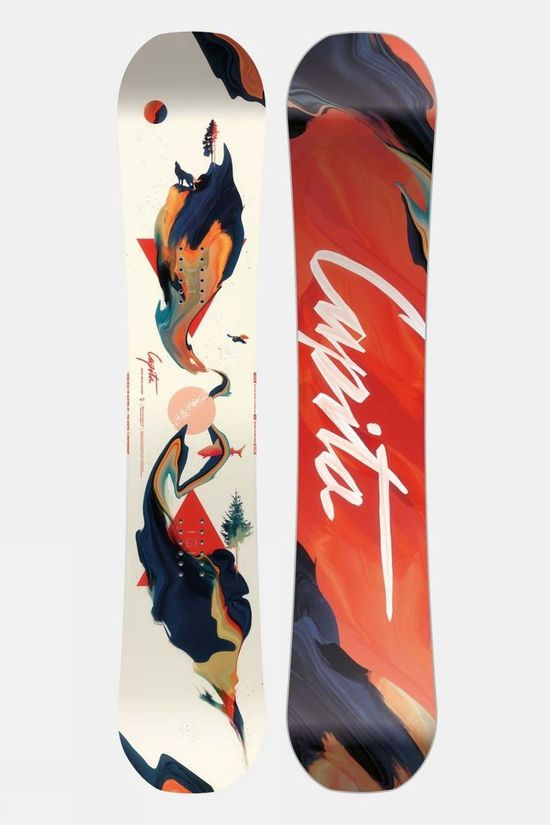 Widely regarded as one of the best women's park boards made, the five-time Transworld Good Wood Award winning Capita Space Metal Fantasy is a very forgiving, reverse camber snowboard that provides a fun experience for intermediate riders who are looking to take on the learning curve and bring their riding to the next level.

If you're going by strict classifications, this board is park-oriented at it's heart, but in truth, it's just as at home carving on the piste as it is hitting rails in the park. It even has a surprisingly good float in powder thanks to it's kicked up reverse camber in the nose and tail. This is complimented even further by the flat-camber between the feet which provides a playful, fun and poppy ride that is superbly suited to progression all over the mountain.

The Space Metal Fantasy received a handy upgrade in 2019, with the implementation of Capita's Superdrive EX base which is a blend of sintered and extruded base material, you can get all the benefits of enhanced speed and glide of a sintered base with the durability and wax-retention of an extruded base. This sounds like one of those "too good to be true" situations but we were really impressed with this new base when we tested the board.

All of these features and tech means one thing; you're not "just getting a park board" with the Space Metal Fantasy, you're getting a confirmed slope slayer.