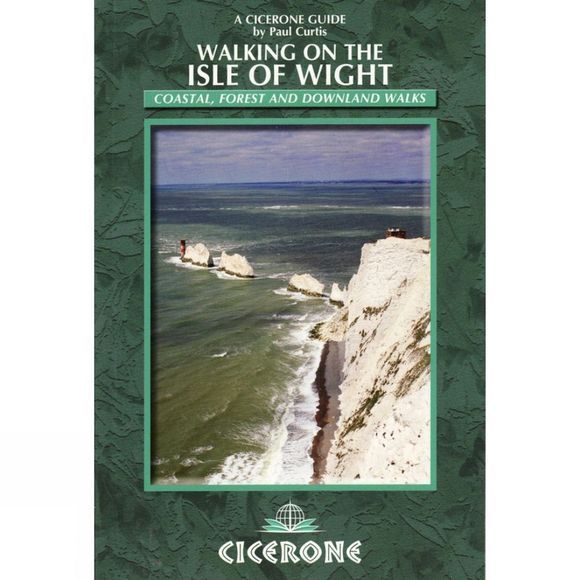 Cicerone Walking on the Isle of Wight: Coastal, Forest and Downland Walks

Exploring all the best walking the Isle of Wight has to offer, the 34 walks in this guide take you along its magnificent coast, through its quiet inland forests (where you may spot a red squirrel) and into its seaside towns and villages where cosy pubs are perfect for long lunches.

Visit the towns of Yarmouth, Ventnor and Cowes, the hidden gem of Newtown Harbour, the chalky Needles and the splendour of Osborne House and Carisbrooke Castle. Also described is the spectacular Isle of Wight Coastal Path, in two sections, both taking you in the most scenically attractive direction east to west around the north of the island and then around the south.

Footpaths are generally in very good order across the island, although care is needed after heavy rain, especially off the high ground. Waymarking is generally good; all official footpaths and bridleways have a unique reference based on the parish in which they are located so, for example, footpath F14 is located in Freshwater and these are almost always included on signposts.

All abilities are catered for, with some of the easier walks being appropriate for older people and children. At the other end of the scale, the interconnectedness of many walks may lead hardy walkers to do two or three in one day.

A place of relaxed beauty, the island boasts a mild climate that is ideal for year-round visits – indeed it often boasts the best of the British weather. Another great element for any visiting walker is the public transport network, which makes all of the walks easily accessible: to the start, from the finish, and often from at least somewhere in between.

• Insight into many historical and geological sights