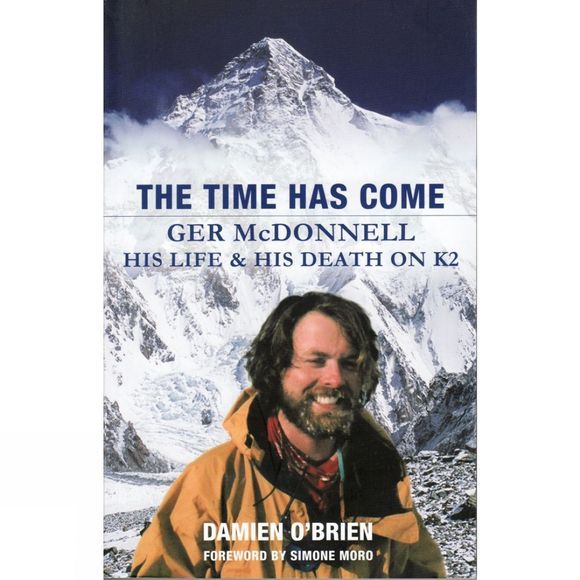 Collins Press The Time Has Come: Ger McDonell: His Life and Death on K2

K2 is one of the worlds most difficult and unpredictable mountains. At 8,611 metres (28,251 feet), the worlds second tallest mountain is regarded by most climbers as the ultimate achievement in mountaineering. On 1 August, 2008, Ger McDonnell became the first Irish person to reach the summit of K2 as part of the Norit K2 team. But neither Ger nor the other climbers knew that below them an avalanche had swept away their ropes. Joy soon turned to dismay for the McDonnell family waiting at home as Gers status on Norits website, Gerard McDonnell status unknown, remained unchanged for what seemed like an eternity. The descent witnessed one of the worst tragedies in recent climbing history.

Echoing Gers final message before he set off for the summit, The Time Has Come pieces together the details of what happened that fateful day and recounts stories from Gers remarkable life, from his childhood in Limerick and his move to Alaska to his love of music and of climbing.

Using eyewitness accounts, countless hours of interviews with surviving climbers, family, friends and others involved, photographic research and Gers own writings, a compelling story of bravery and heroism in the face of terrible odds emerges. This epic account of 37-year-old Irishman Ger McDonnell reveals a man who was passionate about life and lived it to its entirety.