FREE Next Day Delivery selected lines, T&Cs apply
Pay in 3 with Klarna On orders over £70
Gift Cards & eVouchers Let them choose
Advice & Inspiration Prepare for your next adventure 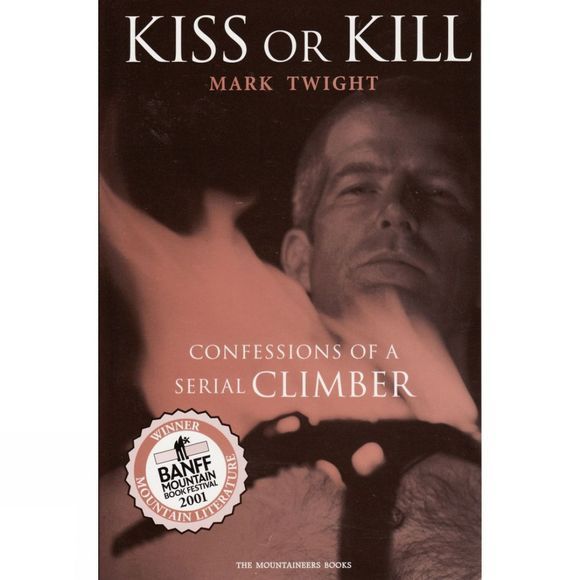 The Mountaineers Kiss or Kill: Confessions of a Serial Climber

Raving and kicking against mediocrity, his anger and pain simmer close to the surface. He speaks and writes the language of the punk music that defined him. He is extreme alpinist Mark Twight, and he doesn't back down from the truth. He's a one-man literary punk band. If you have any doubt, here comes his knockout punch: the only collection of writing Twight swears he'll ever publish.

Kiss or Kill: Confessions of a Serial Climber is raw, unfiltered Twight. These author's cut are the real deal, not the homogenized fluff offered up by magazine editors who are often unwilling to offend. Twight's words make it clear that climbing is only distantly about the summit. Several of these pieces are new to U.S. readers. Twight edited all of the selections and appended each with a current author's note; confessing his inspiration, events that followed, and lessons learned (or not learned, some might say). It adds up to a frightfully lucid look into Twight's personal life as both man and hardcore alpine climber. The dissection scares me sometimes...

Whether railing against the spinelessness of American siege-style mountaineering, admitting addiction to pushing the bounds of the possible, or reveling in his ability to cut away anything in life that holds him back, Twight never blinks. Along the way, there is the drama of new and epic routes, unbreakable bonds between climbing partners, and Twight's evolution as a climber and a man. He tells every story in a unique, in-your-face style.

Kiss or Kill is not an easy read. It may scare some readers-but that's the point. "I want this book to help you recognize your own anger, which will help you understand mine," says Twight. "Somewhere out there somebody understands these words and knows they matter. They were written in blood, learned by heart."