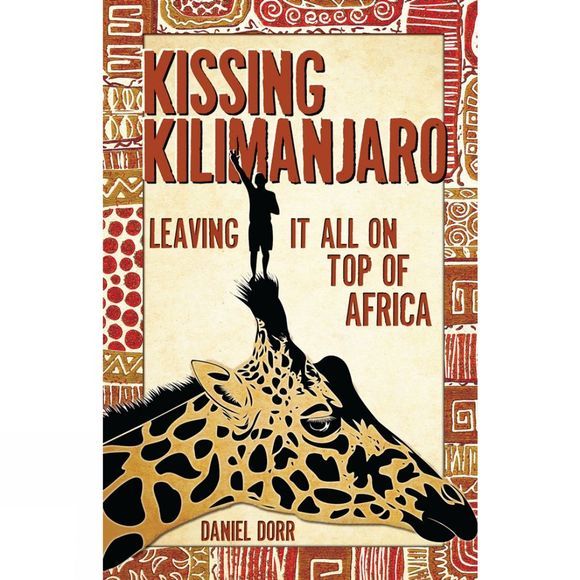 The Mountaineers Kissing Kilimanjaro: Leaving It All on Top of Africa

Mount Kilimanjaro is sometimes called Everyman's Everest because it is possible for a novice climber to reach the summit. And every year, more than 30,000 adventure tourists try. But for each person who goes to the mountain, there are thousands more who chat about it at cocktail parties, making plans to go… someday. That's how Daniel Dorr got started: flirting with a beautiful brunette over hot cocoa and spouting impressive plans. Six months later, he was lying on the cold gravel trail at 18,000 feet, panting and hacking in the darkness. This is a humorous and inspirational account of how far one man will go to impress a woman and conquer Africa's highest mountain.

Dorr is a typical marketing exec by day but, amped up by his re-acquaintance with a romantic interest, he gained the determination to pursue one of his lifelong dreams – summiting Kilimanjaro. When Dorr left behind the familiarity of his weekend-warrior lifestyle in Southern California to reach the top of the 19,340-foot peak, he didn't realise he would cross a threshold to a new way of life. As he fondles expensive hi-tech gear, gets vaccinated for the jungle, travels local-style across East Africa, and vomits on top of the African continent, readers share in the rewards, both large and small, of reaching for personal fulfilment through adventure travel.

Daniel Dorr has climbed Mt. Kilimanjaro twice as well as other mountains in California, Nevada, and Washington states. He co-founded Kilimanjaro Adventures with his wife, Lisa, which promotes and leads tours in Tanzania. When he is not out exploring the world and having fun in far off places, Dorr is earning a living as a Marketing Manager for Hewlett-Packard.