FREE Next Day Delivery selected lines, T&Cs apply
Spread the cost with Klarna On orders over £70
Gift Cards & eVouchers Let them choose
Advice & Inspiration Prepare for your next adventure 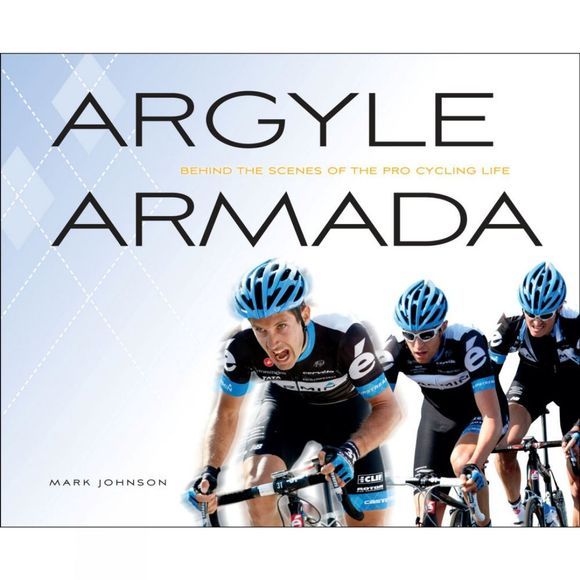 Velo Press Argyle Armada: Behind the Scenes of the Pro Cycling Life

From winter training camp on the cobbled lanes of medieval Girona, Spain, to hard-earned stage victories in July's Tour de France, to flesh-shredding crashes at the Tour of Spain in September, Argyle Armada: Behind the Scenes of the Pro Cycling Life delivers an unprecedented look at America's most celebrated cycling team. Embedded with Garmin-Cervelo for its entire 2011 season, writer-photographer Mark Johnson brilliantly chronicles the team's most intimate personal dramas and public celebrations.

More than a book about racing, Argyle Armada is a portrait of life as a member of a pro cycling team during a time of painful transition for the sport. Johnson unveils the dramatic forces that Garmin-Cervelo must navigate as team founder Jonathan Vaughters tries to push forward his vision of a reformed sport. Along the way, countless difficult decisions must be made to keep the team competitive in the chase for ProTour points, money, respect, and fame.

With all-access insight and spectacular colour images, Argyle Armada offers an unprecedented look inside a team battling for the future of professional cycling.

Mark Johnson has covered cycling as a writer and photographer for national and international publications since the 1980s. His work has been published in cycling titles including VeloNews in the United States, Cycling Weekly in the UK, and Velo in France. A category 2 road cyclist, Mark has also bicycled across the United States twice and completed an Ironman triathlon. He has a PhD in English literature from Boston University.