FREE Next Day Delivery over £50 T&Cs apply, UK Mainland only
Pay in 3 with Klarna On orders over £70
Price Match Promise Exclusive to Explore More members
Advice & Inspiration Prepare for your next adventure
Coronavirus - Our Latest updates and information. Find out more> 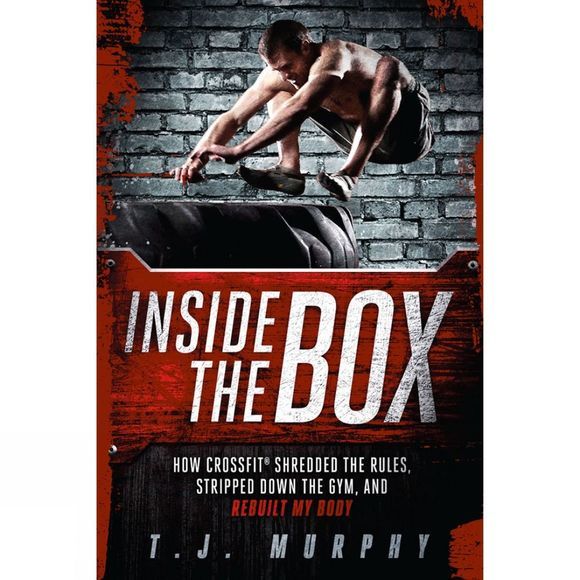 Velo Press Inside the Box

How CrossFit shredded the rules, stripped down the gym and rebuilt my body

From humble roots in the garage of fitness guru Greg Glassman to over 3,000 rough-and-tumble gym spaces today, CrossFit is a gritty, grassroots fitness phenomenon, with an open-source exercise platform, dedicated to improving lives by improving fitness. Its fervent practitioners, known as CrossFitters, are as competitive as they are sweaty, striving for the pride of marking their time atop the list of the day's top performers.

CrossFit's "boxes" are brick-walled industrial warehouses, gyms, and garages floored with rubber mats and chock full of kettlebells, free weights, ropes, medicine balls, truck tyres, jump ropes, and bags of chalk. CrossFitters race to complete the day's prescribed workout, many named after fallen war heroes, with exercises that include burpees, box jumps, clean and jerks, and pull-ups-as many times as they can in a designated time period. Workouts are intense, leaving spent athletes dripping with sweat and glowing with endorphin-fuelled satisfaction.

In a departure from sterile mainstream gyms, it is camaraderie that keeps CrossFitters coming back week after week for their hour of high-intensity suffering-that and the promise of weight loss and a sculpted physique. Its practitioners know well that CrossFit has changed lives, forming biggest losers into lean, mean evangelists.

Author and veteran CrossFitter T. J. Murphy takes up CrossFit to find out why it works, how it feels, and whether it can fix his broken-down body. In the process, he discovers a fascinating fitness phenomenon with a culture all its own. Murphy goes inside the box to shed light on the extraordinary community of CrossFit, as well as the science behind the sport and why this fast-growing fitness movement is coming soon to a garage near you.

T. J. Murphy is a veteran endurance athlete, CrossFitter, and former editorial director of Triathlete, Inside Triathlon, and Competitor magazines. He is author of Triathlete Magazine's Guide to Finishi