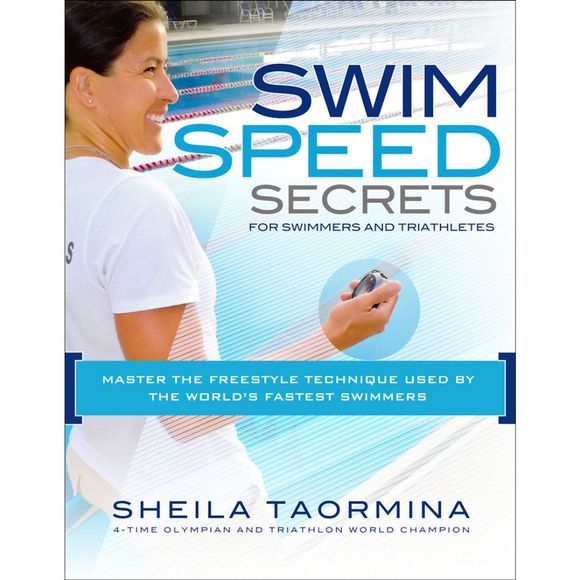 Master the freestyle technique used by the wolrd's fastest swimmers

Over the course of four Olympic Games and throughout her career as a world champion triathlete, Taormina refined her exceptional technique as a student of the sport, studying the world's best swimmers using underwater photographs and video analysis. From Johnny Weissmuller to Michael Phelps, the world's fastest swimmers share one common element: a high-elbow underwater pull.

Many swimmers and triathletes neglect the pull, distracted by stroke count or perfecting less critical details like body position, streamlining, and roll. Swim Speed Secrets focuses on the pull-the most crucial element of swimming-to help triathletes and swimmers overhaul their swim stroke and find the speed that's been eluding them.

With a commonsense approach that comes from decades of practice and fifteen years of hands-on coaching experience, Taormina explains why the high-elbow underwater pull is the most important part of swimming and how swimmers can transition to this vital technique. She offers the best drills to cultivate a sensitive feel for the water. Her dryland and strength building exercises develop the arm positioning and upper body musculature required to swim faster. She describes what it feels like when swimmers have learned the secret and offers tips that helped her perform at a world-class level for two decades.

Sheila Taormina's Swim Speed Secrets brings the focus back where it belongs-to a powerful underwater stroke. With this book, triathletes and swimmers can stop swimming for survival and break through to new levels of speed and confidence in the water.