Mountaineering days out on the Lakeland Fells 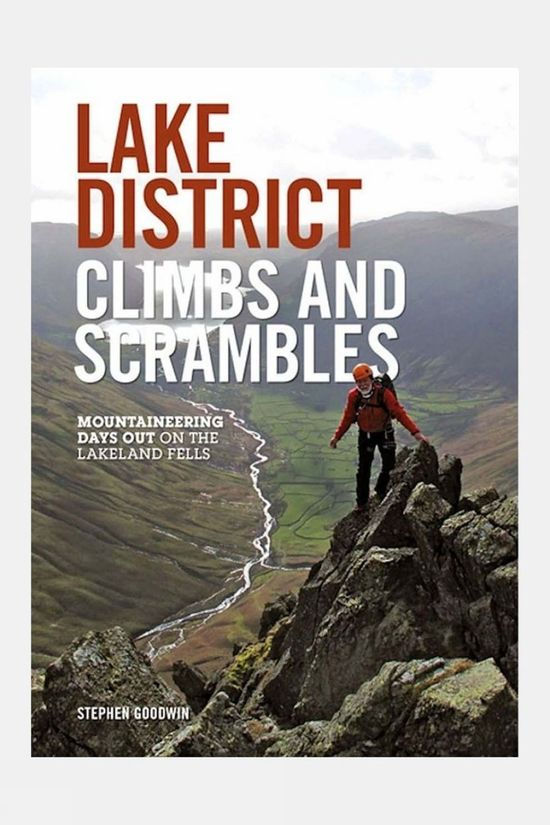 Lake District Climbs and Scrambles combines the best scrambles and easy climbs in the Lake District with great walking loops to give twenty superb 'mountaineering' days out on the Cumbrian fells.

Each route runs from valley floor to mountain top, with the ascent – and often descent – made via a classic scramble or climb. Scrambles at grades 1 to 3+ tackle ghylls, ridges and crags, with Lake District classics such as Jack's Rake and Sharp Edge sitting alongside lesser-known gems like Sourmilk Gill and Crenation Ridge. Climbs up to Severe include some of the best loved easy routes in the Lake District, like C Ordinary and Corvus. And while walking to and from the climbs and scrambles you'll explore valleys like Wasdale and Deepdale, and reach the high tops of Scafell and Blencathra.

Researched and written by local author and mountaineer Stephen Goodwin, the routes feature Ordnance Survey 1:25,000-scale maps, photo topos and easy-to-follow directions, along with route profiles and local information. Also included is a detailed appendix, to ensure that you have a fun and successful day out.

Stephen Goodwin is the author of the best selling guidebook Day Walks in the Lake District and was editor of the prestigious Alpine Journal from 2003 to 2013. A journalist by trade, he turned freelance in 1999 after thirteen years as a staffer on the Independent, mainly covering politics at Westminster. A climber and ski-mountaineer, in 1998 he reached the south summit of Everest, filing an award-winning diary to the Independent. Since then, he has returned to the Himalaya most years as well as making forays into the Alps, Andes and Turkey. Yet for all this exotica, he finds equal pleasure in walking, climbing and scrambling in the Lake District, a stone's throw from his home in Cumbria's lovely Eden Valley.