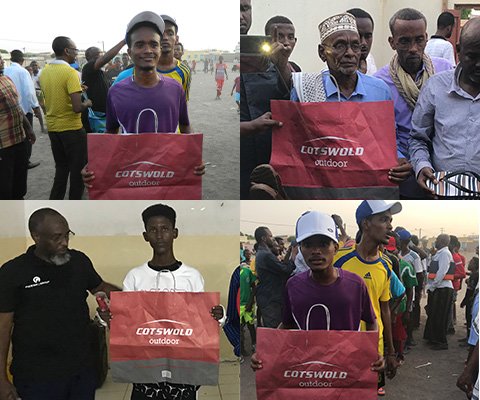 O&CC passionately believe in protecting the environment, and we chose to work with The Phoenix Resource Centre to ensure our landfill footprint is minimal.

The Phoenix Resource Centre is a registered charity whose main objectives are the protection and preservation of the environment for the public benefit by the promotion of waste reduction, re-use reclamation, recycling, the use of recycled and surplus products. Their secondary objectives are the provision of resources for the use in creative play, the arts, rehabilitation, education, sensory work, fundraising and for disadvantaged groups and individuals.

Who they work with:

In the UK, the areas of society that The Phoenix Resource Centre primarily focus on are children, youth, the elderly, disabled, disadvantaged through their partnership with charities, not-for-profit, voluntary groups and those involved with the arts.

How do they do this:

The Phoenix Resource Centre take in and collect surplus, unwanted and damaged stocks, clean waste (i.e. fabric and card off-cuts), and other unwanted items from industry – all of which would normally end up in a landfill site. They then sort the items and place into their resource centres for redistribution to their members.

The centre hold a massive stock of resources including wood, MDF, foam board, fabric, buttons, stickers, paper, card, wool, candles, toys and books for lessons. They even have aftershave, gifts and home-ware for fundraising purposes. They ensure schools, pre-schools, nurseries, youth groups and other members can make massive savings on resources for activities and raise much-needed funds.

O&CC’s donations are largely made up from returned or faulty products that due to legislation cannot be re-issued to the European market and are therefore going to worthy causes around the world.  Not only are people benefiting from the products castaway by our society, but through this second chance in East Africa, they are also saved from entering the landfill. Any products that are damaged beyond repair are stripped down into individual components for recycling whilst any products that are repairable are sent to one of Phoenix Resources’ own projects in Djibouti, where items are repaired and given a second lease on life.

Through their member organisations, The Phoenix Resource Centre have helped over 300,000 children with resources, over 60,000 individuals with special needs, helped organisations including schools, pre-schools and charities raise £100,000’s, which in turn has saved our suppliers £100,000’s.

·         during 2014 and 2015, they managed to build on our existing projects, especially Harlow based, with the start of Phoenix studios, and Northamptonshire based Canto project.