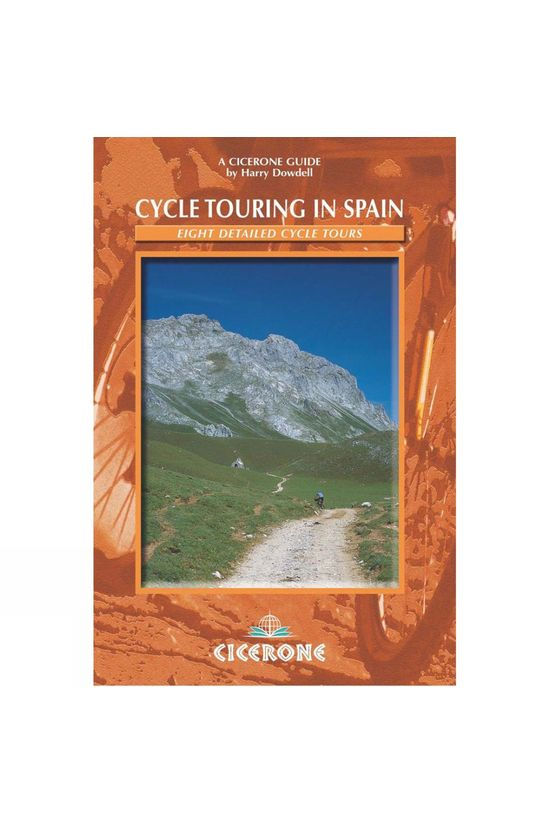 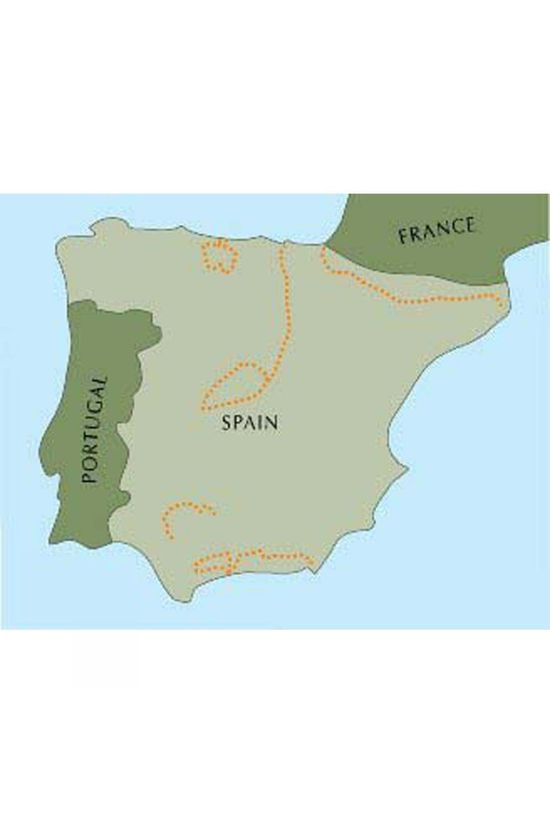 This guidebook contains detailed route descriptions for eight self-contained multi-day cycling routes, described in 5-12 stages. Each stage can be done in a day by cyclists of moderate fitness. However, accommodation possibilities along the whole of each route have been given to allow the reader to tailor the ride to his/her own preferences and abilities.
The routes described extend from the Pyrenees and Picos de Europa in the north, through the Sierras of Demanda, Gredos and Guadarrama in the centre, to the Sierras of Nevada and Grazalema and the Serrania de Ronda in the south. They also visit the cities of Avila, Cordoba, Bilbao, Madrid, Malaga, San Sebastian, Segovia and Sevilla.

The routes have been designed for maximum enjoyment. The cycling is excellent, passing through the most beautiful parts of the country and visiting many historic and interesting towns and cities. Routes 1 and 2 are perfect for newcomers to cycle touring and Spain as they are relatively short and offer an excellent introduction to the country. Routes 4 and 6 pass through some of the less visited parts of Spain without encountering too much hard going. The other routes are more physically challenging, but not excessively so.

In the mountains there can be long relentless climbs that come with long descents, and ones lasting 15 or 20km are quite common. However, hard persistent pedalling uphill is amply rewarded with panoramic vistas at the col and scenic revelations during the freew